Soon or late, every dog’s master’s memory becomes a graveyard; peopled by wistful little furry ghosts that creep back unbidden, at times, to a semblance of their olden lives. -Albert Payson Terhune

Meet our old Boxer puppies, Cruiser and Chloe (the brindle).  We adopted Cruiser when my daughter was 4.  She’s 18 now.  Cruiser, after his spoiled puppy phase, decided if he was to be left out, then the family must be punished.  He loved to triumphantly carry ripped chunks of our deck skirting about the yard after any given period of alone time.

After three years of Hurricane Cruiser, along came Chloe…and still nothing outside was safe. But she was sneaky about it.  While Cruiser would be tearing something apart and not even notice your approach, Chloe heard you coming from a mile away.  She’d be sure to stand all the way across the garage from those favorite Ray-Ban sunglasses, now chewed and twisted to resemble pipe cleaners, with a look on her face that said, “Don’t look at me.  I have no idea how that happened.”

Cruiser loved his tennis balls and would chase them for as long as anyone would throw them.  Chloe loved to annoy Cruiser.  Anytime that ball would fly, she’d chomp down on his back leg and hang on until he snarled his way out of it.  I once watched Cruiser searching for his ball, which happened to be a few feet from Chloe’s paw.  She strolled over, slipped it in her mouth, and watched while Cruiser frantically searched for his precious.  He figured it out.  Eventually. 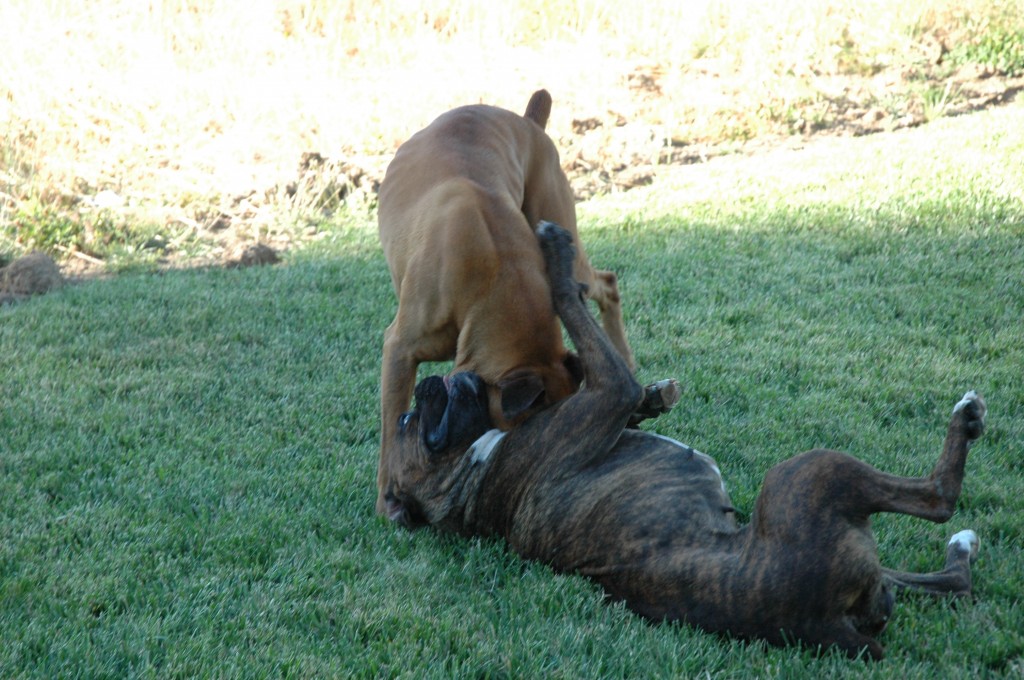 As a bonus, here’s video of my daughter adding a script for Cruiser.  It’s scary how well she imitates Herbert.

Cruiser passed on into tennis ball nirvana on March 17 this year.  Chloe followed on September 1, probably too bored on this plane without Cruiser to harass.  In their honor, I found some dog epitaphs.

In his grief over the loss of a dog, a little boy stands for the first time on tiptoe, peering into the rueful morrow of manhood. After this most inconsolable of sorrows there is nothing life can do to him that he will not be able somehow to bear. – James Thurber

The stone tells that it covers the white Maltese dog. They called him Bull while he still lived, but now the silent paths of night possess his voice. – William Tymmes, Epitaph for a Dog