Heads up to some fantabulous books coming out by two of my Swoon Romance sisters. Both are definitely going on my TBR list!

PRIDE AND PREP SCHOOL (Bk 3 of Snark and Circumstance) by Stephanie Wardrop, a YA contemporary romance due out on December 17, 2013.  Such a cute cover! 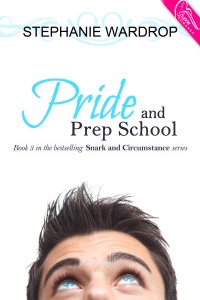 Georgia can’t figure out why the burden of a Y chromosome seems to make guys so hard to understand. First, there’s the handsome but slippery Jeremy Wrentham. After Georgia shared some pretty devastating kisses with him, she found her way home and he found her sister!

And then there’s Michael Endicott, who never fails to let her know that her family’s quirkiness lies too far outside the pale for this preppie townie. But if he really feels that way, why is he in Georgia’s kitchen, asking her out? And why don’t boys come with instruction manuals?

And for something on the steamier side…
The Best Laid Plans by Tamara Mataya, a NA/Adult Contemporary Romance due out November 12, 2013. 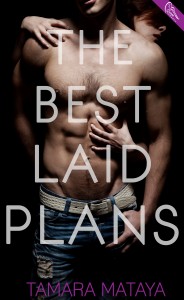 Jayne Griffin isn’t looking for Mr. Right. She’s looking for Mr. RTFN and a toe-curling good time. She’s got the brains, the powerful job as a futures broker, and thanks to a makeover and a thin book of dating advice, the confidence to turn any man’s head.

Malcolm Black notices his high school crush, Jayne, from the stage of her company’s work party. His adolescent feelings for her died beneath months of abuse at the hands of bullies. Abuse that was Jayne’s fault. Though this scorching hot studio musician is unrecognizable as the band geek he used to be, the hurt still lives inside him, and he hatches a plan: Seduce Jayne into falling in love with him, and then shatter her heart.

The white-hot chemistry between them is a pleasant surprise. It all goes so smoothly until Feelings start to develop… and that invitation to their ten year high school reunion lands in their inboxes.

Jayne wants the perfect lover. Malcolm wants revenge. But you know what they say about The Best Laid Plans!

Where to find these two fabulous ladies: