Ever have your star chart plotted? A friend of my boss had asked eons ago to plot my chart. Now, don’t get me wrong. I’m not much into zodiac signs (I’m a Leo, but no one ever believes me because I’m so NOT a Leo) or horoscopes, but I humored the dude. He’s super-nice and what can I say? I’m a sucker for people who want to do stuff for me. All he needed was my date and time of birth and I promptly forgot all about it.

Until he popped in and handed me the chart below (I blocked out my year of birth. Sorry, identity thieves). 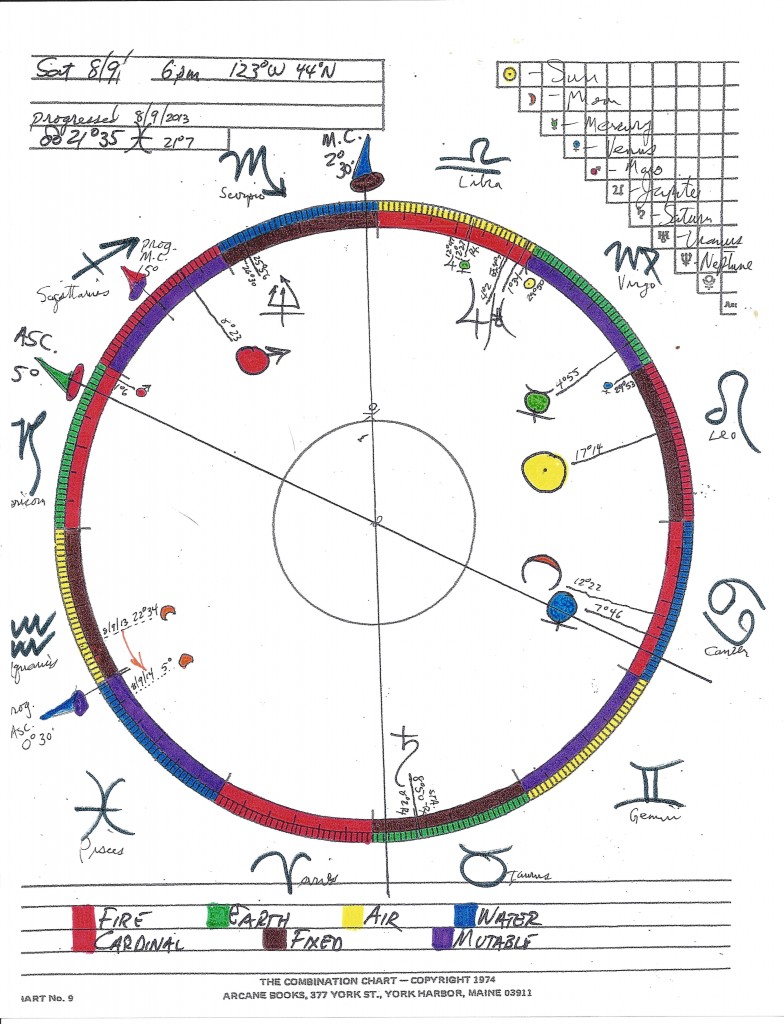 We talked about the chart for over an hour. It was fascinating, not only all the interconnecting planets and the effects they have on each other, but the personal knowledge he gained of me. Stuff there was no way he could know. From the stars. So weird.

I’m definitely going to revisit the chart in a later blog, but for today, I want to point out one aspect I found particularly interesting. At the top of the chart, in the yellow dotted lines – that’s where I am now, going from green to yellow. He told me I’ll be changing careers. Green represents legal (which was a no brainer. I work for an attorney), but the yellow represents something “artsy.” I had to work hard not to freak while he was spewing off potential upcoming careers, such as a painter, working in a museum, book store owner. “A writer?” I asked him very calmly (my boss doesn’t even know I write – he’d panic at the possibility of me quitting). He said, “Exactly.”

And in 18 months or so (or a year now, as time has passed), something really, really good is supposed to happen, such as a windfall. Winning the lottery would be nice, I suppose. But a big book deal? Even better. I’ll let you know what happens.