Today, I’ve got two features, people! Forged in Fire by my fabulous agency sis Juliette Cross, and Plumb Crazy by my publishing sis Molly Blaisdell. My post might be a little long, but it’s double the fun and there’s a GIVEAWAY at the end, so pay attention, people!

I absolutely CANNOT WAIT to read this book by Juliette Cross. Add it to your Goodreads TBR list and mark your calendar for…all the way until January, 2015. Sigh. But here’s a teaser, because we like to torture you. 🙂

But there’s a reason this city carries a haunted, mystical aura when the streets clear and the mist rises. There’s a reason one shouldn’t stray too far alone…like I did.

Who am I? Genevieve Drake.

I’m not the helpless kind of girl. Never needed a man to come to my rescue. That is, not until my twentieth birthday when some dude nearly chokes me to death in an alley. A hot stranger saves me by splitting the dude in half, ripping a monster from inside, and then incinerates it into ash.

The hot guy? Jude Delacroix—Dominus Daemonum, Master of Demons. Now my guardian, whether I like it or not. But I’m seriously beginning to like it.

The dude choking me? One of many demons from the underworld trying to abduct or kill my ass. As the prime target of the demon prince, Dante, who has all kinds of lascivious and sadistic plans for me, I now have no problem accepting Jude’s protection.

Why me? I’m a Vessel, one who is born to serve the light but can be corrupted and used as a weapon for darkness. Until that fateful night, I had no idea this world even existed.

Now, I just want to survive it. 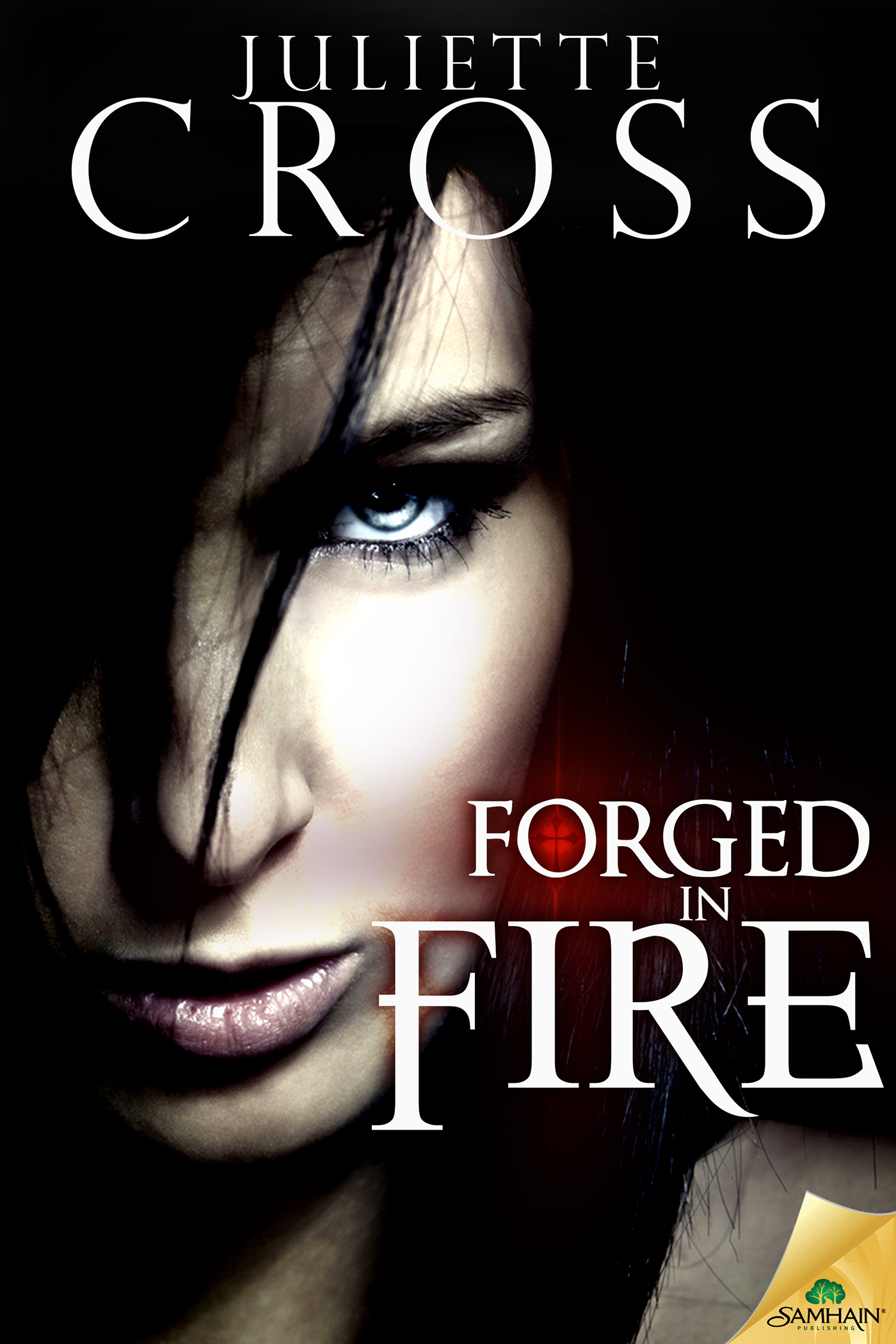 For exclusive excerpts and news on releases and reveals, join Juliette’s newsletter here.

Isn’t the title awesome (the cover too)? And here’s the blurb from Goodreads:

Small town country girl Elva Presley Hicks is about to attend her five-year class reunion with her best friends, Shay and Margarett.

The discovery of an old fanfic manuscript stirs up memories of her summer job as a plumber’s helper in Houston the summer before senior year. She earned a lot of money that year, but was lonely as heck.

It’s not like there weren’t any suitors back then. Elva could have chosen between Chase, the obese pig farmer, and Wyatt, the plumber with wandering hands. But Elva yearned for something more, and found it that fateful summer, with electrician, Mitch McCall.

It was magical. Mitch wasn’t turned off by Elva’s name or fan fiction writing, and Elva didn’t lose interest in Mitch after he cut off his nose at work.

Trials and triumphs followed including a friendship implosion, world-wide fanfic humiliation, and goat salvation. It would go down as the most memorable summer of high school.

But as these things sometimes do, the summer romance fizzled and Elva moved on to life after high school. And while she’s ready to reminisce, she is unnerved when she runs into Mitch at the reunion. Can they give it another go after so much time has passed, or are they too different now to even try?

Pick up a copy – Amazon * Barnes and Noble

And here’s a little excerpt for your reading pleasure:

That night Elva did what any Loser Girl of the Universe would do. She scrambled up her nerve and asked her papaw if she could work at Don’s Truck Stop.

“Papaw, my friend Shay has a job at Don’s, and they’re looking for another waitress.”

No slice in the pie of life for her. Fate loomed: giant pants, minimum wage, and no boyfriends. Yet, deep beneath her layers of vinegary resignation were hovering things. They burned—these smoldering embers —thoughts of junior-sized pants, a living wage, and a smoking hot boyfriend.

“Get out of that dang bathroom!” Papaw beat on the door.

In the kitchen, Papaw fried ground beef and had a box of Hamburger Helper open. He’d put on a record, and Elvis’s “All Shook Up” crackled from ancient speakers. He dumped noodles, the sauce pack, and water into the skillet.

“You want work? I’ve got you work.” He placed his hands on the sides of his barrel belly. “You should help me this summer. You can hire out with Carus Residential and Industrial as a plumber’s helper.”

“Gal, I just talked to Mr. Bob. He owes me a big favor, so he’ll pay you a contract wage of $17.13 an hour with time and half for overtime. Under the table, mind you, with no cut for Uncle Sam.”

$17.13 an hour? Elva took a slow cleansing breath. There was no way she could turn down that much money. No way.

Elva was going to be a plumber gal, holy snappin’.

All about Molly Blaisdell

Molly Blaisdell’s first crossover YA/NA romantic comedy, Plumb Crazy, is forthcoming from Swoon Romance. She is also the author of 30 books for children, including Rembrandt and the Boy Who Drew Dogs (Barron’s), The Truth About Unicorns (Capstone Press) and The Big Fuzzy Coat (MeeGenius!). She’s written hundreds of articles for many internationally known publishers, including MSN, Scholastic, eHow, Hasbro, and Penguin’s Author Learning Center.Molly is a Texan and a graduate of Texas A&M in Chemistry. She is a long-time member of SCBWI, and is a former Regional Advisor of the Western Washington region, a Blueboard Moderator Emeritus and a recipient of the Martha Weston Grant.She formed her first fan fiction group in junior high school and is still a huge fan gal of all things space, Star Trek, anime and blockbuster movies. She’s the mom of four, and currently lives under the wide open skies of College Station, TX with her husband Tim. Her interests include fine art, folk art, and Texas music.