Here’s your official invitation to join me at Seeing Night Book Reviews on the Wonderfully Wicked tour. Would love to see you there! 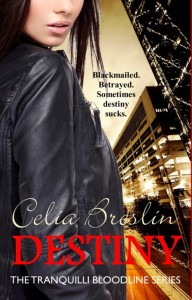 I was tagged by the fabulous Celia Breslin for the Meet my Characters blog hop. Destiny, the sequel in The Tranquilli Bloodline Series comes out in November, so get it on your calendar!

I turned the questions over to Daxen and Ella from Beautifully Burned, the upcoming sequel in The Wicked Series, because I’m too busy. Eating bon bons and important stuff like that. Let’s spy on them together, shall we?

“Are we fictional or historic people, Dax?” Ella flips the paper with my questions over his Kindle screen and resumes pouring ginger ale into a glass. The fizz fills the bar’s morning quiet.

“Historic.” He plops his elbows on the gleaming counter. His teeth flash in a rare smile. “In a memorable, red-letter sort of way.”

She sucks in a breath, her gaze on him. “Holy wow.”

“What?” He leans back in the stool and crosses his arms. “Forget I adopted a sense of humor, bartender?”

“Nope.” Ella breaks her ogle-fest and clears her throat. She strangles a damp rag to dab at a spill of ginger ale. “Question one covered. And we’re in present day, mostly at my bar, Dany’s.”

“And Alderwood, the home of the V’alkara brotherhood. Where we should be right now.” Dax’s blue eyes narrow. “Staying here is risky. Rogue V’alkara are looking for us, never mind the Faction.”

Ella tosses the rag in his face. “You’re a pain in the butt. Just because you’re the friggin’ Blue V’alkara and need dreamcasters–”

“Up for debate. –doesn’t mean you can interfere with people’s lives. Like mine. I was totally fine and dandy before you crashed into my bar.”

He cocks one dark eyebrow.

She splashes some o.j. into the glass. “I’m not saying my life was perfect, but before you, I only had to worry about single-handedly making enough money to keep the bar afloat and my sister safely out of the state system. Easy peasy.”

“And your nightmares, Danyella?” he asks softly.

She ducks to grab something beneath the counter. Her features are calm and composed as she smacks a jar of maraschino cherries down beside the paper. “What about your search for your dreamcaster, Daxen? Think you’ll find her before those murder attempts succeed?”

They stare at each other. The air shimmers like a heat wave. A car passes beyond the windows in a temporary hum.

Ella pops the jar lid. She drops three maraschino cherries into the glass and slides it toward Dax. “Guess we’ll have to read about it when the book comes out, Blue.”

Check out some more delicious characters created by Rhenna Morgan, Traci Douglass, and Mairin Fisher-Fleming next week on September 23!