There’s also a swag pack giveaway, so stick around to the end!

Kane’s a country singer who’s tangled with too many deceitful women. He’s learned his lesson: girls are for flirting and fun; emotions are for his music. But after spending a night with an earnest woman unlike any he’s known, he can’t force her out of his mind. So he goes in search of the woman he knows only as “Elle.”

On her last night in Nashville, the staunchly pragmatic Sabella found herself in a situation more suited to a romance novel than reality. Swept away, she ignored her rigidly self-imposed rules, succumbing to the fantasy just this once. But she knows real-world relationships have nothing in common with their fictionalized portrayals. When Kane unexpectedly shows up at her Portland apartment, she must choose between the practical truths she has learned and the desire for a passionate love she has struggled to suppress.

Despite the distance, Kane’s tour schedule, and their meddling friends, both are drawn to the chance for a romance neither quite believes is possible. 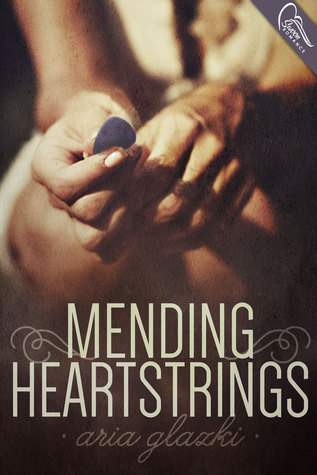 Kane rested his forearms on the bar and bent his head down, exhaling. As always, he’d scanned the audience a few times while he played, trying to read the room’s reactions. Tonight, too many people had been absorbed in their own conversations around the bar’s simple wooden tables. Only one pair of eyes had met his. A striking, unwavering pair of eyes. She’d been standing toward the back, alone. He’d felt her watching him even when he’d closed his eyes.

But she hadn’t been standing there when he’d come back out. Probably just as well.

Cody set down a chilled beer in front of Kane. He tipped it toward the bartender as thanks. A couple drinks, a little bit of flirting, and there’d be no more need to think about his songs tonight.

Turning back toward the room, Kane bumped a girl he hadn’t noticed seated next to him at the bar. “Ah! Sorry ’bout that,” he said with a half-smile, ramping up the charm.

She twisted toward him. “I’ll survive.” The corners of her mouth pulled up, but Kane couldn’t look away from her eyes. Hazel, he realized. Unlike when he’d been on stage, her gaze fell, and she started to turn back to the bar.

“Kane,” he offered, shifting his beer to his left hand and offering up his right. A handshake. Smooth. This really was an off night.

Her eyes flicked down to his hand then laughingly back to his face. Her eyebrows drew up in a small challenge as she placed her hand in his. “Like the sugar, or the stick?”

“With a K …” He leaned back against the bar, resting on one elbow.

Normally he’d have walked away at a line like that, but it wasn’t like he’d been offering conversational gold. Maybe this would help him shake it off before he made his move on the trio Cody’d pointed out. And then there were those eyes … “Go ahead and joke. I’ve probably heard them all.”

“Don’t tempt me.” Her lips curved softly. Mischief glinted in her eyes.

“And how could I do that?” Kane let himself relax, sliding back into the easy feel of the bar. Unlike his performance, this conversation didn’t really matter.

“I’m sure you have a few tricks up your sleeves.” She picked up the glass of white wine she’d been nursing and took a sip, without dropping her smile or taking her eyes off him.

“Worried?” he asked, after she set her glass back down.

That got him a bigger smile. “Please, I can take anything you throw at me.”

“Maybe we should test that theory.” He took another sip of beer. This was getting more and more interesting.

“By all means,” she replied, not missing a beat.

He was used to women flattering him, fawning over him. His Southern charm had rarely failed him, and as a singer, he wasn’t hurting for female attention, especially since country music wannabes thought he’d be a perfect springboard for their careers. But he hadn’t met someone who actually intrigued him in a while. Too long.

He turned to face her, leaving his elbow resting on the bar, and set down his beer. “I didn’t catch your name.”

“Call me Elle,” she answered, tilting her head slightly, a silent question on the change in direction. Her eyelashes didn’t flutter with calculated coyness, and her direct gaze didn’t falter.

Kane straightened, suddenly inspired. “Pleased to meet you, Elle. Excuse me a sec?” He grabbed the bottle he’d just set down and turned away from her. Another swig and he returned to the back room. This was nothing short of crazy, but he picked up his guitar anyway and walked back to the small stage. Aria Glazki’s writing story started when her seventh-grade English teacher encouraged her to submit a class assignment for publication. That piece was printed, and let’s just say, she was hooked!

Since then, Aria has run a literary magazine, earned her degree in Creative Writing (as well as in French and Russian literatures), and been published in a few collections. Though her first kiss technically came from a bear cub, and no fairytale transformation followed, Aria still believes magic can happen when the right people come together – if they don’t get in their own way, that is.

Other than all things literary, Aria loves spending time with her family, including her two unbearably adorable nieces. She also dabbles in painting, dancing, playing violin, and, given the opportunity, Epicureanism.