I am so freakin’ thrilled to be a part of the reveal for A Curse of Ash and Iron, which is scheduled to come out May 21, 2015. Not only is Christine my Booker-Albert Literary Agency sis (and therefore has an automatic gold star from me), but her story sounds awesome! And the cover? Victorian Fabulous! Also, there’s a giveaway going on at YA Books Central – enter to win a poster of the gorgeous cover. Read on and get the scoop. 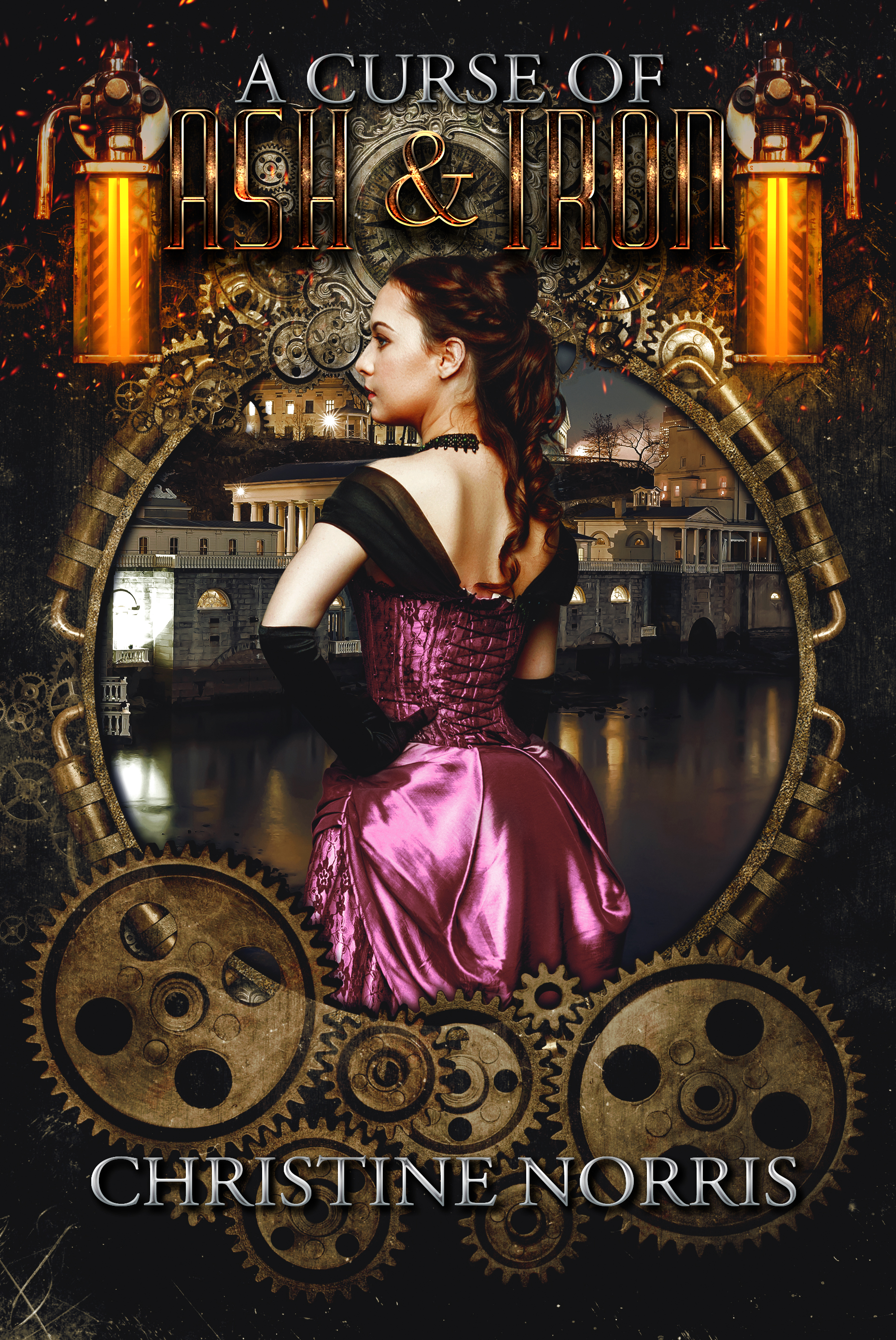 Benjamin Grimm knows the theater is much like real life. In 1876 Philadelphia, people play their parts, hiding behind the illusion of their lives, and never revealing their secrets.

When he reunites with his childhood friend Eleanor Banneker, he is delighted. His delight turns to dismay when he discovers she has been under a spell for the past 7 years, being forced to live as a servant in her own home, and he realizes how sinister some secrets can be. She asks for his help, and he can’t refuse. Even if he doesn’t believe in ‘real’ magic, he can’t abandon her.

Ellie has spent the long years since her mother’s death under the watchful eye and unforgiving eye of her stepmother. Bewitched and hidden in plain sight, it seems no one can help Ellie escape. Not even her own father, who is under a spell of his own. When she sees Ben one evening, it seems he is immune to the magic that binds her, and her hope is rekindled along with her friendship.

But time is running short. If they do not find a way to break the spell before midnight on New Year’s Eve, then both Ellie and her father will be bound forever. Christine Norris is the author of several speculative fiction works for children and adults, most notably The Library of Athena series. She is extremely overeducated, having a B.S. from Temple University (Kinesiology), a B.A. from UMUC (English), AND a Masters in Library and Information Science from Southern Connecticut State. All of which means she loves to be in the library, which is her secret day job (whoops…).

She is married with one son, two rescued cats, a rescued Jack Russell, and a rescued palomino rabbit. There’s a lot of rescuing. She also has a complete weakness for Doctor Who, Sherlock, and other British television shows, as well as an addiction to movies, re-told fairy tales, and police procedural shows. She also believes in fairies.