I’m psyched to be a part of Penny Reid’s book blitz for Heat, number 2 in her Elements of Chemistry series. Take a look and don’t forget to enter the giveaway! 🙂 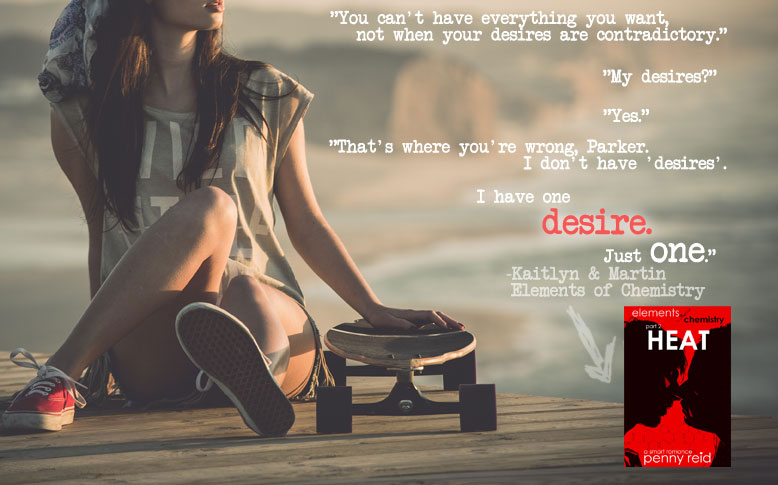 Elements of Chemistry: HEAT is part 2 of a 3 part series (65k word novel) and ends in a cliffhanger.

**Blurb contains spoilers if you haven’t read Elements of Chemistry: ATTRACTION**
Four days left.
Private beach (…and boat).
Not so invisible girl.
And maybe less of a jerk-faced bully than originally thought.
What’s the worst (or the best) that could happen?

Kaitlyn is finding life outside of the science cabinet of obscurity to be quite illuminating …and so are her pants.
When things heat up between Kaitlyn Parker and Martin—previously known as the jerk-faced bully—Sandeke, she places her trust in the one person she never thought capable of earning it, let alone keeping it safe. Fortunately or unfortunately for Kaitlyn, where she gives her trust she can’t help but also give her heart.

But how will the world beyond the sanctuary of their newfound connection react to their relationship? Soon senators, chinless billionaires, and elements beyond Martin and Kaitlyn’s control want to weigh in on the young couple’s future.

Navigating the chaotic inferno of new love might be more than Kaitlyn bargained for, and much, much more than her trust—or her heart—can handle. 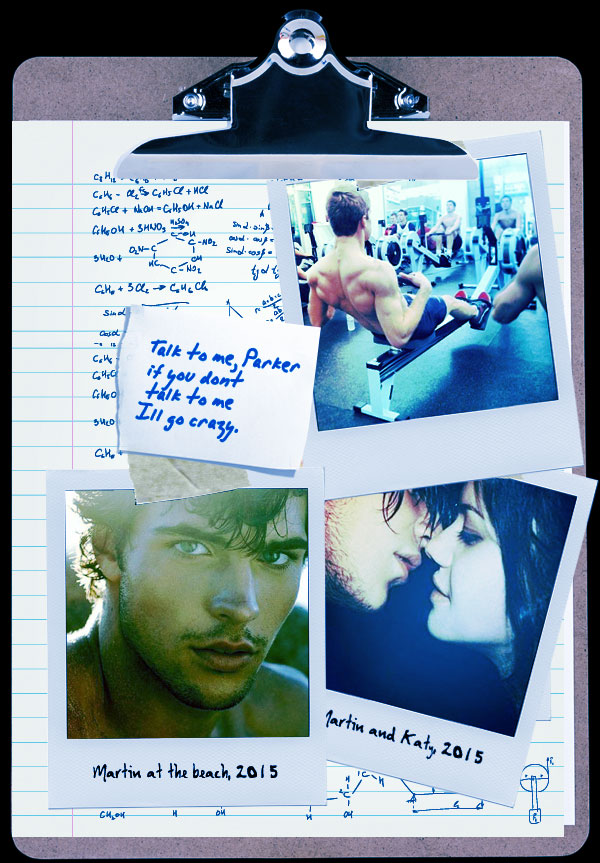