I feel it’s my duty to gush about amazing things I happen to stumble upon (or am guided to, in this particular case), and this. THIS! 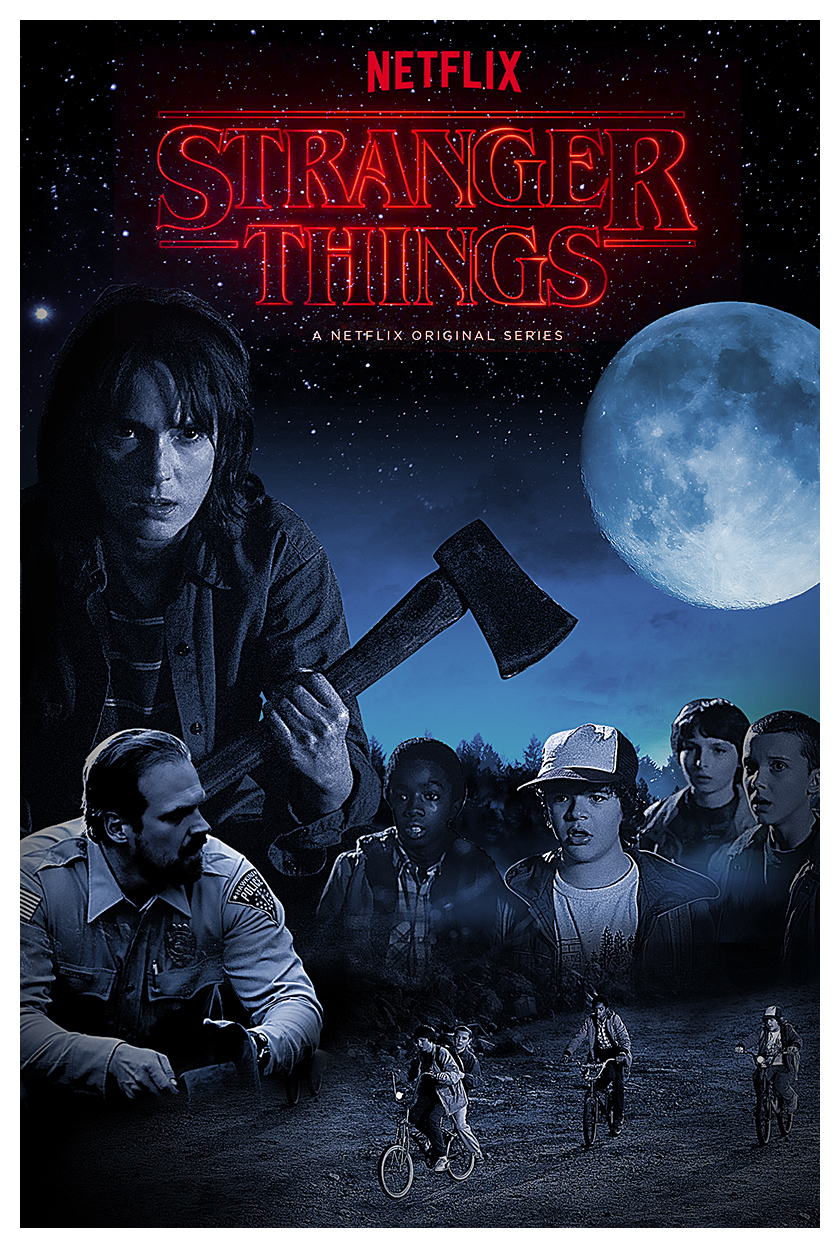 One of my fellow Supernatural-loving friends told me about this show, and then one of my author friends mentioned it too, so I thought why not check it out? My friend (Brian, I’m not sure if I should curse you or bless you) had sent me the link to the first 8 minutes of the first episode, and you know, I can spare 8 minutes in my zero free time, right? And this happened…

People, I never TV binge. NEVER. Like I said, zero free time. But you know what I did? Instead of wisely using my precious time like a good writer (I mean, I work full-time, I have a novel to finish, another novella with a deadline, and a blog tour at the end of the month, so nope. I’ve got nothing to do!), instead I stayed up until the wee hours of night, watching until my eyes burned. Then I got up in the morning and binged until the final episode.

Stranger Things is a combination of Goonies, Supernatural, and the Bourne movies. There is the totally loveable, geeky middle school tribe of D&D lovers who are into science and think girls are gross. The older, straight-laced sister on the verge of acceptance by dating the “popular” guy. The outcast, sensitive boy who adores the girl from afar…until danger draws them together. The emotionally-scarred sheriff who doesn’t care until some serious stuff drags him back into life. The crackpot mom (played by Winona Ryder) who works all the time just to provide for her boys and isn’t about to sit around when one of them goes missing. The fenced-off government lab where a no-morals scientist conducts experiments…and the girl who escapes. Then there’s the scary THING that ties everyone together.

I’ll just leave it at that because I don’t want to spoil anything for you. Every episode is epic, the perfect mixture of laughs and nostalgia, heartache and triumph, terror and friendship, mystery and mild romance. It’s television at its finest…but be warned. Don’t start watching until you have the eight or so hours to keep watching until the final episode. It’s that good, and in case you don’t believe me, here’s the first eight minutes that HOOKED ME LIKE A FREAKIN’ HAPPY FISH. And if you don’t have Netflix, guess what? First month’s free.

Now you have something to do this weekend. You’re welcome.

On a side note, there’s a Goodreads giveaway going on for a signed paperback of Wonderfully Wicked, so if you haven’t snagged yourself a copy, enter to win!

And in case you hadn’t heard, Beautifully Burned is up for pre-order – coming August 23!