Happy Friday, people! I’m so lucky to have Diane Burton on the blog today. She writes sci-fi romance, and she’s here to share a few tips on space sleep. How cool is that? And she’s also giving away a $10 Amazon giftcard to a lucky commenter, so be sure to talk back!

“Ready to turn into a popsicle, Commander?” from Mission to New Earth.

Have you ever wondered how humans could travel across vast reaches of space? First, we’d have to build spaceships that could travel those distances. Those ships would need fuel. The more fuel, the farther the ship can go. If the ship was empty, it could go even farther. A computer can perform all the necessary functions. In fact, isn’t that what the Kepler, Cassini, and Hubbell spacecraft do?

But what if we want to send people out past our star (the sun) and past many stars until they get to a planet in the Goldilocks zone? In a previous post on Veronica Scott’s blog, I wrote about planets that aren’t too hot, not too cold, where the environment is just right for humans.

The heavier the cargo, the more fuel is used. Humans need essentials like air, food, and water. To preserve their bones, gravity is needed, too. To maintain gravity and haul enough food, water, and appropriate air for several years would take a lot of fuel.

Scientists have been working on that problem for years. Science fiction movies and books already have it worked out. Just put the astronauts into cryosleep.

Cryosleep is the process of lowering the body’s temperature to induce hibernation. In movies like Avatar, Interstellar, 2001: A Space Odyssey, astronauts are put into suspended animation (sometimes called stasis or torpor) so they can endure long space travels. Not every story or movie has warp or hyperdrive to get from Point A to Point B, thereby reducing travel time.

When astronauts are put into cryosleep, as mine are in Mission to New Earth, food and water aren’t needed since a sleeper has no need for them plus they don’t breathe. The result is less fuel consumption, which then means the spaceship can go farther than if the astronauts were awake.

There’s another benefit of cryosleep. Relief from boredom. Can you imagine looking at empty space for years? In Mission to New Earth, the trip from Titan (Saturn’s moon and launch platform) to Serenity (a planet in the Goldilocks zone) takes three years. With nothing to do and nothing to observe, the astronauts would need to keep busy. Workouts take energy—not just from the astronaut but from the ship. Gravity, air, food, and water. All demands on fuel consumption.

As a sci-fi writer, I’m not concerned with the mechanics of cryosleep. I compare it to an automobile. I don’t know (don’t need to know) how it works. I just need to know that when I put the key in the ignition, the car will take me where I want to go.

From what I’d read, seen in movies, and researched, I gathered enough info to make the scene of my astronauts going into cryosleep believable. At least, I hope so. Or that the reader can suspend disbelief. I was more concerned with the emotions experienced by the astronauts. Since Mission to New Earth is told in the first person point of view, the reader only knows/experiences what the main character does.

Sara Grenard, the commander of the mission and the story’s narrator, has a vivid imagination. While preparing for launch, before being put into cryosleep, Sara experiences many emotions. Fear, mainly. What if there’s a problem with the freezing chamber? What if the computer (an AI like Hal in 2001: A Space Odyssey) decides to eliminate the humans? What if there’s a malfunction and the computer has to decide whose vitals can be turned off and who will live? What if the cryosleep chamber is vandalized?

But Sara’s already decided being the first pioneer on a new planet is worth the risk of cryosleep. There is no other way. The elation over going first outweighs the fear. So she and the other five astronauts willingly enter their cryotubes and are put into hibernation for the long trip. She is certain she and the others will wake up—just like Jake in Avatar.

In real life is this possible? As written above, scientists are not only working on it for space travel, they see practical applications in the medical realm. We’ve already heard or read in the news about people who’ve plunged into icy cold bodies of water, their bodily functions and temperature have slowed down, yet they survived with almost no ill effects. Medically-induced hibernation is being used in critical patient care, for instance in cases of traumatic brain and spine injuries.

Whether for medical treatment or space travel, cryosleep is real.

Mission to New Earth: a novella 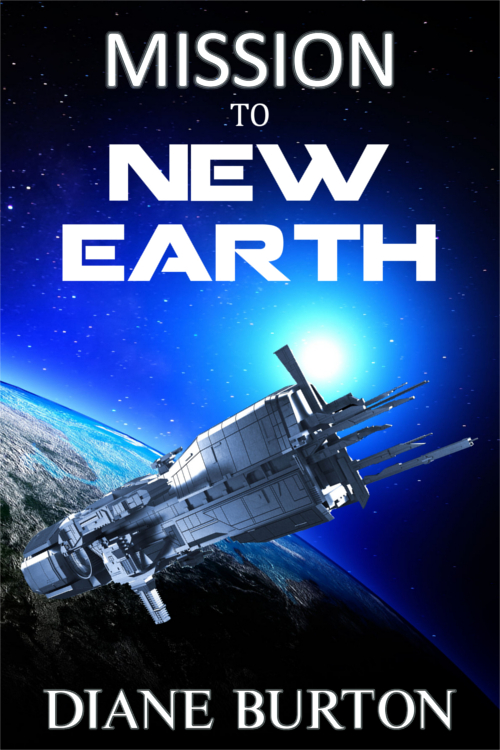 Would you go on a one-way trip to explore a new planet? Would you do it to save humankind?

Earth’s overpopulation and dwindling resources force the United Earth Space Agency to expedite exploration of new planets for a possible new home. When new crises ensue—a giant tsunami and the threat of nuclear winter—the timeline changes. Eight years of training crammed into four. Sara Grenard and her team prepare for launch, but are they ready for the one-way trip? Will the Goldilocks planet prove just right for Earth’s inhabitants? Before time runs out.

ALSO AVAILABLE AT ARe and SMASHWORDS

We had such hopes for our mission. Scared and hopeful. What a combination. Three years in cryosleep. The scary part.
I forced myself not to think about all that could go wrong. So many people were depending on us. If all went well—that is, if we survived cryosleep—one of the teams would find a planet that could be the answer to Earth’s problems. Or maybe all three would. We could only hope.
I was excited and nervous. In some respects, I wished it was launch day. Just get it over with. Put me in cryosleep, where I can’t think and won’t dream. At least, that’s what the scientists told us. I dreamed all the time. Happy dreams about Marsh, sometimes about my parents and the wonderful life they’d had together. Together was how they left this world. At the time, it was devastating, losing my parents at the same time. As grief eased, I realized how difficult it would have been for either of them to go on alone. Yet, that was how they’d left me. Alone. Until Marsh.
Sometimes my dreams were frightening. Choking to death on the viscous substance that replaced the air in our lungs, my most frequent nightmare. Or our shuttle craft plummeting to the surface and crashing. I often woke up shaking, terrified, until Marsh put his strong arm around my waist and pulled me tight against him. Diane Burton combines her love of mystery, adventure, science fiction and romance into writing romantic fiction. Besides the science fiction romance Switched and Outer Rim series, she is the author of One Red Shoe, a romantic suspense, and the Alex O’Hara PI mystery series. She is also a contributor to two anthologies: Portals, Volume 2 and How I Met My Husband. Diane and her husband live in West Michigan. They have two children and three grandchildren.
For more info and excerpts from her books, visit Diane’s website.

Diane is giving away a $10 Amazon Gift Card to a lucky commenter.