Swoon YA authors have been busy! Isn’t the cover for Beautiful Curse awesome? Totally up my goth-girl, emo alley. 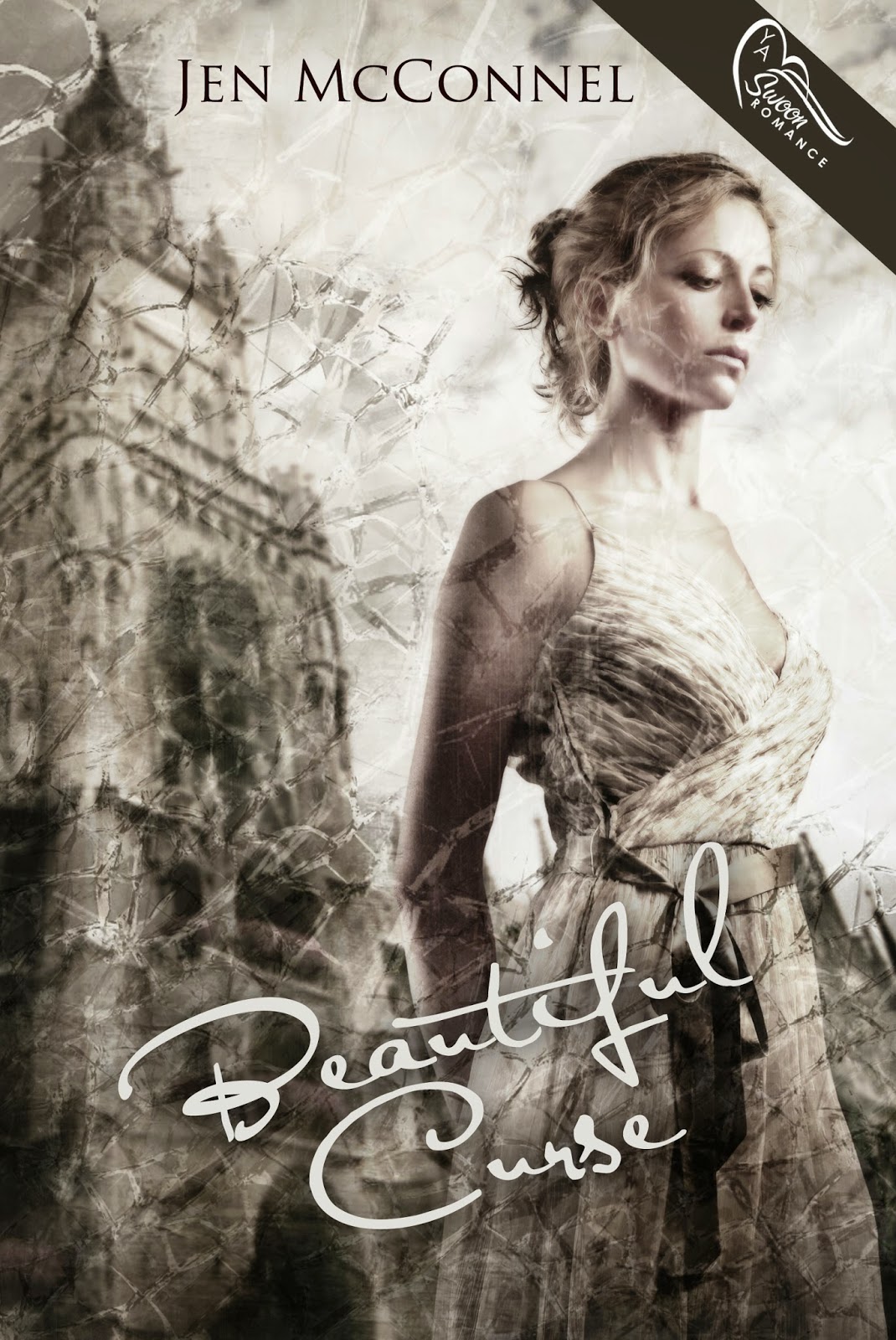 She is, hands down, the most beautiful creature on earth. But beauty can wound,
and Mya finds herself reviled and shunned by her peers. If there is even a
chance that she could start over, Mya longs to take it, no matter the risks.

So when the strange Mr. Merk offers her a new life away from home, Mya is
hesitant but hopeful. Only she didn’t count on the mysterious Ross, or her
feelings for him.

BEAUTIFUL CURSE is a contemporary retelling of the myth of Psyche and Cupid.

About the Author
Jen McConnel first began writing poetry as a child. Since then, her words
have appeared in a variety of magazines and journals, including Sagewoman,
PanGaia, and The Storyteller (where she won the people’s choice 3rd place award for her poem, “Luna”).
She is also a former reviewer for Voices of Youth Advocates (VOYA), and
proud member of SCBWI, NCWN, and SCWW.

A Michigander by birth, she now lives and writes in the beautiful state of North Carolina. A graduate of Western Michigan University, she also holds a MS in Library Science from Clarion University of Pennsylvania. When she isn’t crafting worlds of fiction, she teaches college writing composition and yoga.

Once upon a time, she was a middle school teacher, a librarian, and a bookseller, but those are stories for another time.
Author Links: