I love Fall.  There’s something in the crisp air that whispers of anticipation, of change. Now I’m not saying I like surrendering my daylight for extra darkness, but snuggling on the couch with a good book, listening to the rain on the roof…it’s a nice transformation from summer time’s go-go-go.

But one of the highlights of Fall? Halloween. How many holidays let children stay out late on a school night, going to strangers’ houses and asking for handouts? Dressed up like Martha Stewart and Freddy Krueger and My Fairy Zombie Princess?  Talk about awesome. In celebration of the scary season, I did some digging into some Halloween traditions. Today’s highlight: Jack-o’-lanterns.

I realized I knew nothing about Jack-o’-lantern history. Did you know its origins stem from a sinister Celtic tale? Stingy Jack, to be exact. Poor ol’ Jack was an Irish farmer who liked his drink and tricks. Hey, I appreciate a good trick too. But Jack had been in his cups one fateful Halloween night (I’m sure it was dark and stormy) and ran into the Devil. Out of money and needing just…one…more, he offered his soul in exchange for a final round. The Devil (and I have to question this tale because the Dark One doesn’t seem the brightest coal in the fire) changed himself into a sixpence to pay for the drink. Jack, quick-witted despite his booze level, grabbed the coin and put it next to the silver cross in his pocket, preventing the Devil from changing back. Jack refused to release the Devil until Lucifer agreed to give him another ten years. Is that a Supernatural theme I’m sensing?  Maybe this was just your average crossroads demon. We’ll never know. 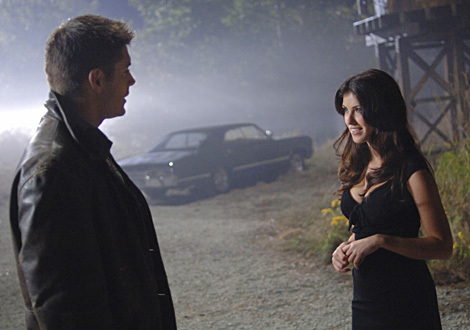 Ten years rolled by and the Devil came to collect. The Father of Lies, showing amazing compassion, agreed to climb a tree to get an apple for Jack as a last request. Jack, still spry and apparently always prepared, placed crosses around the tree. Shoot. Trapped again. Jack weaseled another deal – no Hell for his soul.  (At this point, I’ve lost all respect for Jack.  He made the deal in the first place and now he’s taking advantage of a mentally challenged demon. Not cool.).

Jack finally bit the big one and floated up to the pearly gates. Whoops! No help wanted from deceitful drunkards, so he slithered on down to Hell.  Which makes no sense. I mean, who’d choose to go to Hell?  This story has a lot of plot holes.  The Devil, more honorable than Jack, kept his promise and refused to let him into Hell. To kick Jack’s sorry hiney on his way, Lucifer tossed him an ember from the fiery pit. Jack placed the coal in a hollowed out turnip (another handy item he always had) and slunk through the dark roads of Hell and back to earth, doomed to roam in unrest.

In case you’re wondering, the turnips became pumpkins when the Irish immigrated to America, as pumpkins were more plentiful.

Are you carving pumpkins this year? Trying any creative faces?