Please help me welcome my Booker Albert Agency sis, Theresa Paolo. Her debut, (Never) Again, emerged onto the scene October 14, and if you haven’t checked it out, what are you waiting for? 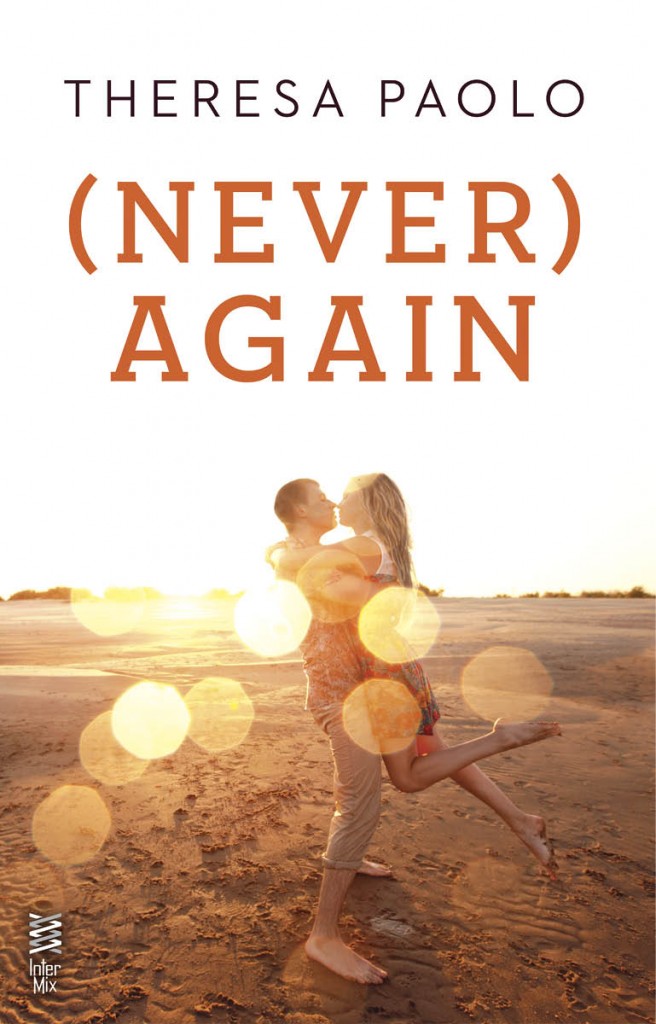 Just when she had finally moved on…

If you could have any super power, which would you choose and why? Oh wow this is a good question. Hmm. I’d want to fly. I hate planes but I love to travel and if I was in control I think I’d be okay. Or I’d just be standing there on a ledge too terrified to jump lol

What are you currently reading? I am currently reading Stephen Kings Pet Sematary. I’m trying to read a little more out of my genre. But I also have Gabriel’s Inferno up on my Nook waiting for me.

Who is your favorite character from (Never) Again and why? Definitely Liz’s brother, Josh. He’s funny, honest, sincere and a total ladies man. He’s also tells Liz how it is and she needs that.

If you were stuck on an island and could choose three things (or people) to be magically flashed to you, what or who would they be? My mom because I can talk to her for hours and never get bored and she’s pretty resourceful, plus she never leaves home without her Nook so if she was flashed to me it would be a freebie. My laptop because I can’t go five minutes without it. A case of wine.

CJ:  I think that’s kind of cheating, knowing your mom would have her nook…but I’ll let it slide. And a case of wine – excellent choice! 🙂

What’s your current WIP? I have a few actually. Two New Adults and three young adults. It depends what mood I’m in. Today, I’m rewriting a YA I wrote a few years ago that is in desperate need of editing. It’s amazing how much you learn over a few years. Anna is focused on getting into an Ivy League school and spends all her time  studying and volunteering. She has one rule when it comes to volunteering don’t get emotionally involved, but then Dean, a closed off homeless boy with a devastating past walks into the soup kitchen and she can’t seem to stay away. I’m so bad at pitches.

Season: Fall I love the colors, the crispness in the air and all the pumpkin stuff. Pumpkin spice lattes, pumpkin bread, pumpkin muffins, yum!

CJ: One of the shows I make sure to watch too. 🙂

Shoes: My Uggs. Or my riding boots because when I wear those with leggings I don’t feel like I’m still a college student.

Artist: Norman Rockwell. I love him! I have his old print ads framed in my kitchen and some in my living room along with some of his more famous works. I went to the Norman Rockwell Museum and was just floored by his talent.

Sports team: It used to be the Yankees but I stopped following…

CJ: Good choice to stop following – to a Mariners fan like me, the Yankees are the eternal enemy.

Guilty pleasure: Reality TV. I try to avoid it, but when I turn on one episode and there’s a marathon I can’t seem to change the channel. Jersey Shore, Snooki and JWow and this past Saturday I turned the TV on and Teen Mom 3 was on I watched it from 9:30-5. I’m a little ashamed of myself for that. And now I need to watch the finale!

CJ: And thanks for putting up with my torture session! 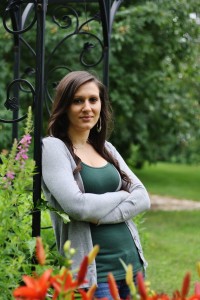 Theresa Paolo lives in the same town she grew up in on Long Island, NY with her boyfriend and Milton, their big eyed goldfish. She has a hard time accepting the fact she’s nearing thirty which is why she writes New Adult and Young Adult books, reliving the best and worst years of her life through her characters. She put her love of writing on hold while she received her Bachelor’s Degree in Marketing from Dowling College. On November 11th 2011 at 11:11 she made a wish. Two hours later she was laid off. Jobless for the first time since she was sixteen she was determined to make her wish come true. Writing became her life again and after many nights of ignoring her boyfriend to spend time with her characters, she finally received the call that all her hard work, finger crossing and eye crossing paid off. She was getting published.  When she’s not writing, she’s behind a camera or can be found in the blogosphere or on Twitter, Pinterest and Facebook. She is repped by the amazing Brittany Booker of The Booker Albert Literary Agency.

Add (Never Again) to your Goodreads list and find it on Amazon.